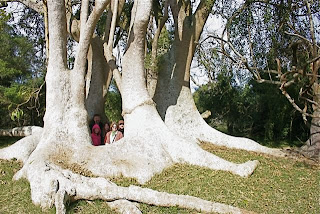 The Ombu excursion was one of the first I took in Uruguay, a very plesant boat ride and walk through the trees. I assume you also took the bird-watching nature walk across the river from the dock? Great little trip for folks needing a cheap break from the summer mania in Rocha and Punta del Este, or when the weather is cool...