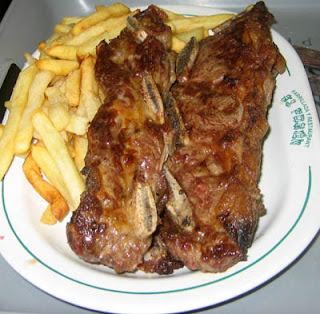 Asado is Uruguay's most typical food from the parrilla. Ribs are cut crossways to make a steak-like piece of beef with little nubbins of bone. Asado is more flavorful but less tender than steak. It's generally one of the cheaper beef cuts on a menu. I like it a lot but some people find it too fatty.

Asado is also the general name for barbecue, so if a Uruguayan invites you to an asado you can expect to spend several hours enjoying various cuts of grilled meat.

Uruguay from a distance

It's been good seeing friends and colleagues in Kalamazoo but I think I'm still experiencing a bit of reverse culture shock. Yesterday at a party, I went around the patio greeting everyone and shaking hands. I wasn't giving besitos so I felt like I'd adapted to American norms. Only afterwards did I realize that even shaking hands with everyone is odd behavior in the U.S. -- a wave and a general "hi" would have been customary. I miss my friends and social life in Uruguay.

Here are a couple of new blogs by ex-pats living in Montevideo that I'm reading:

The Seven C's is written by my friend Emily about life in Montevideo with her family of 7.

Living in Montevideo is by an American who just moved to Montevideo from the Dominican Republic with his family. Ken and I have corresponded over the Internet for about a year but we haven't had a chance to meet in person. 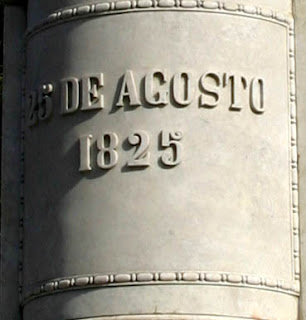 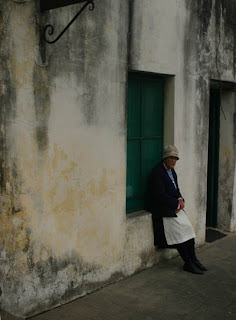 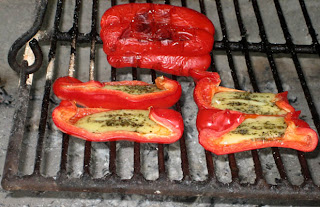 Last January, during the South American summer, a friend made canoas for us on his parrilla in Marindia. Yesterday, I made them in Kalamazoo on a Weber grill during our North American summer. They're very simple, morrones [red bell peppers] filled with provolone cheese cooked on the grill until the pepper is soft and the cheese is melted. They're delicious.